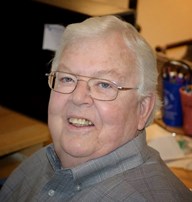 Carl William Merck, 79, passed away peacefully at St. Dominics, Jackson. Carl was born at Jackson Infirmary, to Magnus George Merck & Alma Mae Merck (Ross). He is preceded in death by his wife of 53 years Mary Gayle Merck (Peacock), whom he loved with all his heart, and two older sisters, Alma Ramsey and Georgea Boulware.

Carl attended Central High School in Jackson, Hinds Junior College in Raymond, and Mississippi College in Clinton. Beginning a successful professional career in sales with Jackson Coca-Cola Bottling Co., Carl opened Magnus Firearms of South Jackson, where he flourished as a small business owner in his retail sporting goods business. Eventually, Carl found his calling in real estate. His time as an agent, and ultimately a broker, were noted for high achievement and deep satisfaction.

As a child, Carl was nicknamed "Sonny" due to his eagerness to sing "You Are My Sunshine" to family and friends upon request. While a teenager, he was a talented baseball pitcher. He was a member of the Military Police of the Mississippi National Guard.  An avid craftsman and collector of antique weapons and militaria, Carl's vast knowledge was renowned among collectors, curators, and experts across the country.

Carl will be remembered for his boundless love for friends and family, his quick wit, gentle nature, and generous spirit.

The Central Mississippi REALTOR® family extends its condolences to the family of Carl William Merk for their recent loss.

Services and burial to follow immediately after the visitation at